Use case #3:
Who should get the reward?¶

Talkable does not issue a reward in all referral cases. There may be numerous reasons why a reward is not issued to an Advocate or Friend. The easiest way to find out the reward status is by visiting the Referrals tab: 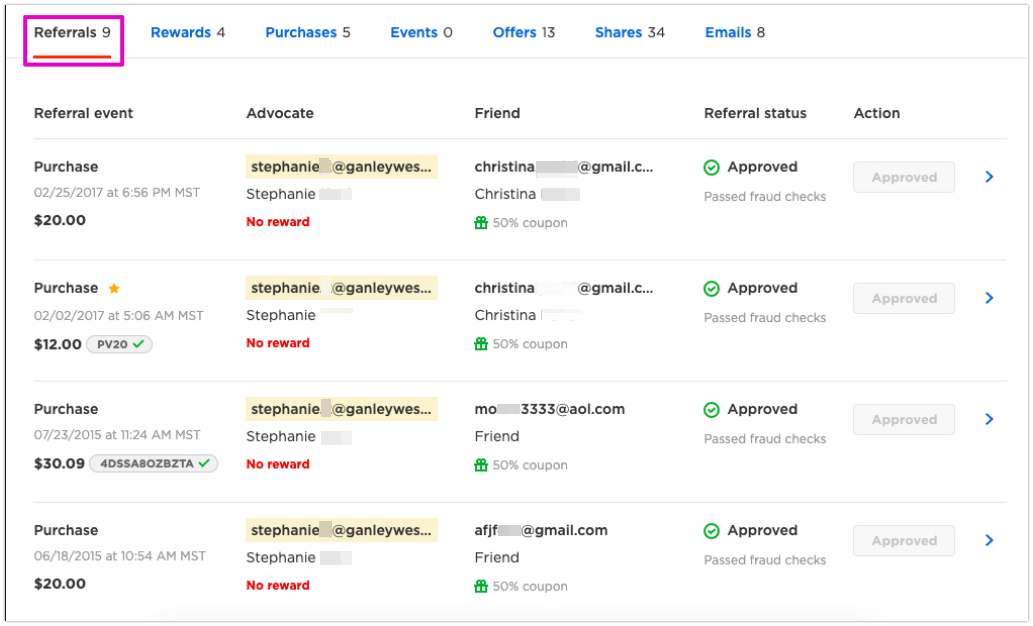 Navigating to each referral ‘Details’ page we can find out the status for each reward. Reason near the reward status explains why the reward was not given.

Every reward has the following possible statuses:

Other reasons why a reward can be blocked (not incentive related):

Here is how to detect self-referrals in case you’ve got an email/call from a customer:

3. Inspect the customer’s email address to see if it’s the same or similar to the Friends; you can also inspect inside the referral details the IP address and cookie to see if they match: 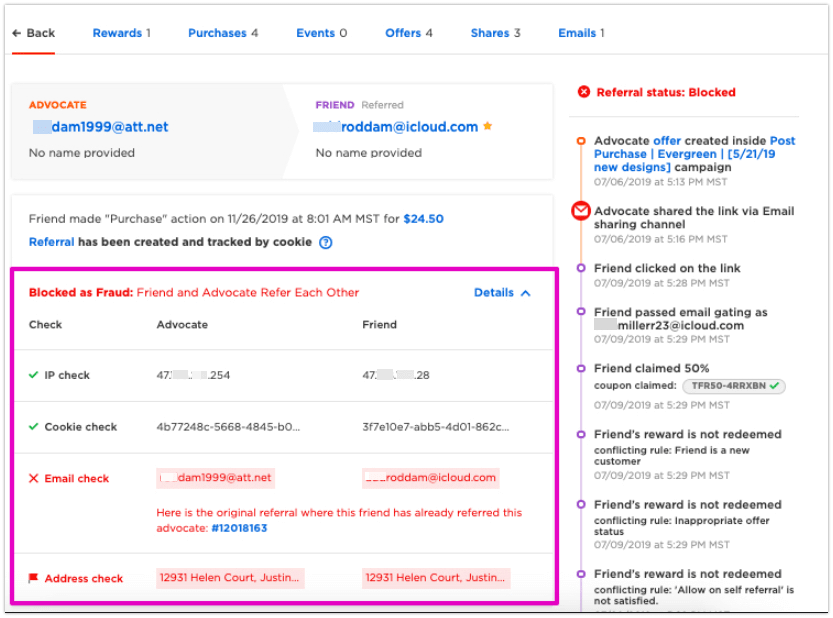 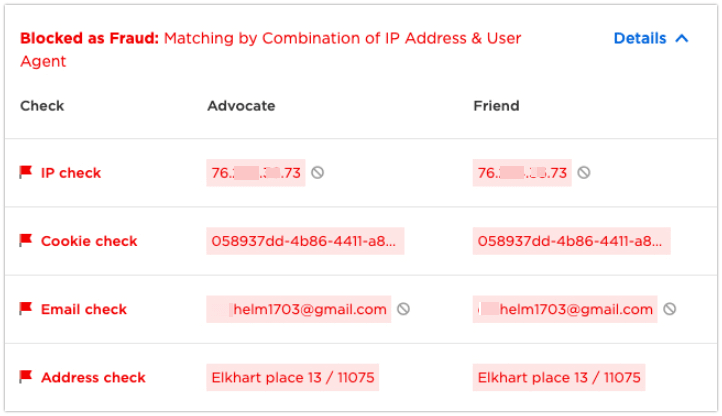 We identify this in the same way as described above.